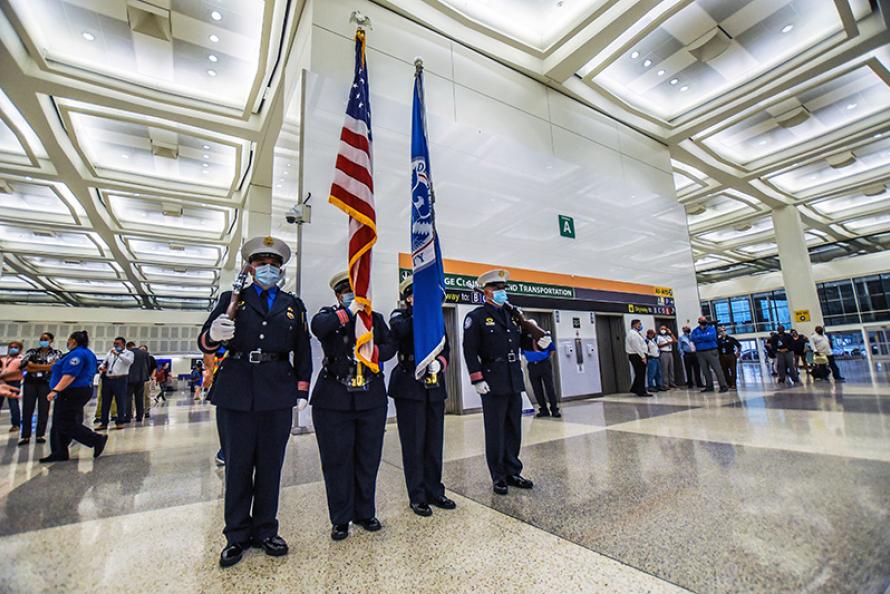 The ceremony marked the 19th anniversary of the September 11 terrorist attacks, with the TSA being created shortly after the catastrophic events to secure the nation’s transportation systems.

To mark the anniversary, the TSA’s honor guard led a moment of silence followed by the national anthem.